The Finnish top position has been in constant contest between tabloids Iltalehti and Ilta-Sanomat and this week proves no exception, with Ilta-Sanomat once again ascending to the top. Congratulations! Broadcaster MTV maintains its number three position from last week, forcing public broadcaster Yleisradio to stay at fourth place.

While there are no changes in the Swedish top three, national public broadcaster SVT gains significantly more engagement than a week before and ascends to rank four. Tabloids Expressen and Aftonbladet once again break the one million total engagement mark, at least partially due to the social popularity of the Eurovision song contest.

In Norway, broadcasters TV 2 and NRK stay on top, but we’ve still got an exciting change in the top three as tabloid Dagbladet moves up to third place, pushing rival VG down to rank four. The Norwegian Entertainment category is being absolutely dominated by Seoghør.no, performing more than four times better than runner-up Kjendis.

We’re seeing considerably stronger local and regional publishers on Norwegian social media compared to Finland, with many Amedia-owned papers such as Nordlys, Drammens Tidende and Avisa Nordland generating well above 10,000 engagement per week.

Finally, let’s take a look at some of the best posts for week 19: MTV provided the most engaging piece of Finnish content this week, asking if food waste should be handed out for free. This story was shared across several MTV pages and generated an impressive 49,829 total engagement. Full story here. 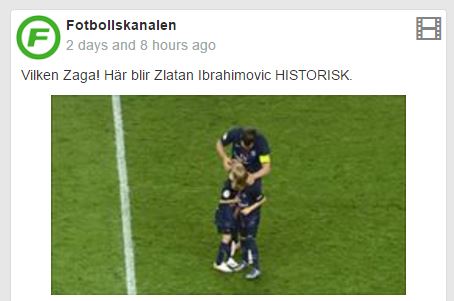 Despite the Eurovision song contest, the top Swedish story this week was a native video from Fotbollskanalen. While it can’t drive traffic as there is no link, it managed to generate a massive 122,101 reader engagements on the Facebook post itself. Post here. And to wrap things up we have the top Norwegian story for week 19, a powerful opinion piece from Geir Tangen condemning Norwegian and American lack of historical understanding. The article generated a strong 66,866 total engagement. Full story here.